The 67-year-old chairman of Burberry and Standard Chartered, Sir John Peace, who is variously described as the son of a Nottinghamshire coal miner and City grandee, knows the type of change the region is trying to bring about does not happen quickly.

“All too often as a country we take short-term views,” he said. “We have to start looking at our strategic investment over the medium to long term.

“I think the levels of capital we are talking about on projects like High Speed 2 and upgrading our roads will have value for generations.

“But we have to be visionary – for example, autonomous vehicles and how freight will be moved around the country – we need to look beyond the next few years.” 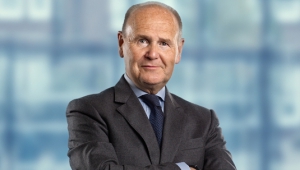 How and when would he like people to judge the success of the Midlands Engine. “In 20 years’ time,” he said.

“What’s happening now in this country there are so many changes that are talking place and that will need to take place – driven by social and economic and technological trends – they will mean we are having to look at the UK and where it fits.”

Despite the upheaval of 2016, and the exits for Prime Minister David Cameron, devolution champion George Osborne, and the planned exit of Britain from the European Union, Sir John Peace is certain there is a great opportunity to be seized.

“I look at the German election, the French election, the Italian referendum, and I think we are the safe haven because the UK is a safe place to do business.”

That is part of the reason why, although he wants to be judged over decades, Sir John Peace is impatient.

Not just because his journey from Newark Castle to Birmingham had taken two-and-a-half hours, but because he is in a hurry to make things happen quickly for the Midlands Engine concept.

“We have come a long way in a short space of time,” he said. “The best is yet to come.”

He added: “There’s no doubt there’s a lot of interest in the Midlands Engine in terms of awareness, both in this country and overseas, particularly in the markets that matter to us.”

The Government will be publishing a Midlands Engine report “very shortly” that will be important for reaffirming Theresa May’s Government’s commitment to the devolution strategy started by Mr Osborne but also add detail to how this will be achieved.

Connectivity, infrastructure, skills and trade missions will be part of this strategy, all with an eye firmly focused on long-term growth.

Sir John said: “That’s why you can’t measure it in one or two or three years. We have to start thinking in a more visionary and long-term way.

“Are we doing that in the Midlands Engine? I think we are. We are working very closely with Government.”

He talked excitedly the innovation that is happening in the Midlands, from the world-class work taking place in the region’s universities through to Jaguar Land Rover’s ambitions of 10,000 jobs energised by its battery technology.

Sir John Peace would also like HS2 to be built more quickly, – “the sooner, the better” but is realistic about why Birmingham’s timetable says 2026 and East Midlands’ 2032.

“Here’s the dilemma – people ask why can’t you construct road and rail links as quick as the Chinese?” he said.

“We could, but we are a democracy and we are a very tolerant society. You can shorten the timescales of many of these projects…we could just build them…but that’s not very British is it?”