The English region that was the birthplace of the industrial revolution wants more powers and funding from central government to help boost the UK economy. 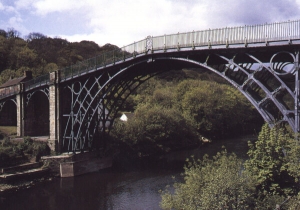 Sir John Peace, the first chairman of the Midlands Engine, a regional initiative, said Whitehall should back the largest economy outside London in its efforts to shape a new national industrial strategy after the Brexit vote.

According to Sir John, the region has 11.5m people and a £240bn economy that has expanded by 30 per cent since the recession. It is currently home to big companies such as Jaguar Land Rover, JCB and Poundland, and the government wants to create 300,000 jobs and £34bn in extra economic output annually within 15 years.

Under chancellor George Osborne, the previous government focused on the “Northern Powerhouse” project to link together big cities from Liverpool to Newcastle. But it did also support the Midlands Engine, first mooted in late 2015. Sir John said it was not competing with the industrial north of England.Watch Full Movie Online Streaming Online and Download

“The Midlands Engine is embryonic. But it could become more than a useful slogan and bind the region together. That is ever more important with Brexit as regions will have to forge links with the rest of the world.” She said it had strong support from Sajid Javid, the communities secretary who is MP for Bromsgrove.

Sir John, 67, insisted local leadership was now united and said the region’s 11 “local enterprise partnerships” — business-led groups that have the backing of local authorities and are responsible for economic growth measures — are involved.

However, he admitted the organisation was still drawing up a list of devolution requests from the government. The north of England already has a £50bn transport strategy outlined by Transport for the North, and devolution deals covering Sheffield, Manchester, Liverpool and the Tees Valley. In the Midlands, only the West Midlands and Lincolnshire have similar deals.

Plans to improve infrastructure include an upgrade to Birmingham’s tram system and £1.8bn to improve congested motorways. There is also a £250m Midlands Engine investment fund for small businesses using EU money and five universities have formed an innovation partnership.

Attempts to attract inward investment have had some success. Foreign investment grew 130 per cent between 2011 and 2015 and Chinese investors have bought the four biggest West Midlands football clubs. In September, Country Garden, a Chinese developer, agreed to build homes in Birmingham with the council saying the investment could be worth £2bn.

Sir John is chairman of luxury clothing maker Burberry and Standard Chartered. He founded Experian, the consumer credit agency, before his City career.